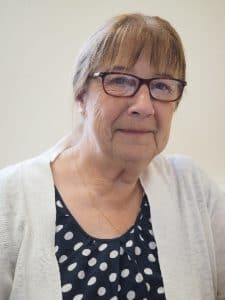 Debbie Martin has been a Care 4 Quality consultant for the past two years. In this time Debbie has not only formed a strong working relationship with ourselves but also with many of our ongoing clients. We are pleased to announce that Debbie has agreed to come on board full time with us in the role of Clinical Consultant.

Debbie began her full and varied career training to be a nurse in Royal London Hospital, where she eventually became Ward Sister.  After raising a family, she worked as a Registered Nurse in several nursing homes. She then for a few years became a field researcher, researching and interviewing for the enterprise trust on a diverse range of projects from the oil industry to nursing and medical. She eventually went back to nursing becoming a matron then a home manager. After being internally promoted several times through the large company that the home belonged to, she eventually became the general manager and quality assurance manager for all 12 homes. Keeping current with her nursing Pin, after 11 years of this she decided to seek a new challenge, which is when she came to us. We are thrilled to have Debbie on board with us full time as our Clinical consultant who will be responsible for a variety of projects and working alongside the Managing Director Helen Fuller. Welcome aboard Debbie!

Get the Care 4 Quality Newsletter Straight to Your Inbox